things are coming together (as they always do) and it is shaping up to be a stellar night. not for a few more weeks though. first i have to survive new year's eve, a wine drenched ladies' night christmas regift party, and another week of work.

perhaps my upbeat mood is the result of the most generous gift i received this morning. everybody loves a student loan repayment!
at 11:12 a.m. No comments:

i am back at work after a nice and relaxing few days off full of reading, movie watching, and general laziness. it did not hurt that the weather was crummy and my head/chest cold has returned so i am trying not to feel guilty about not doing a whole lot of anything while i was away from my cubicle.

and since i am back at work and managed to be rather productive this morning, that means a blog post for the internet just so it knows that i am still promising that i have not disappeared.

as always, here is a list of things that have been on my mind:

lessons: and you should too, eek, list, movies, politics, random, shopping, vacation, work

i even had a few ideas for posts. and even starting drafting them. but until i get back to them, here are a few tidbits:

under a blanket of white 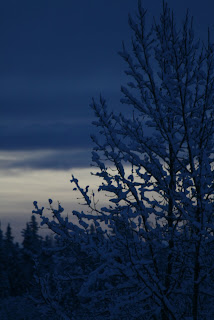 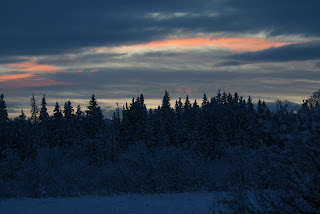 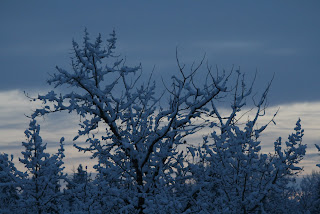 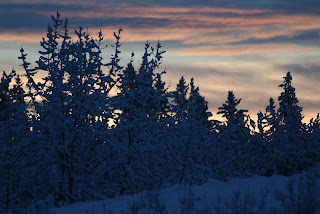 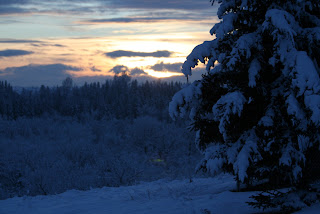 the past few months have been tumultuous, to put it lightly. and during the last week of tumult i have been thinking a lot about where i am and where i am going. both physically and in all other ways.

my feet have begun to itch and i have been thinking about all the places i could go and might see one day. it worries me that i will always have a dull ache of an urge to pick up and run off to areas of the world that are different, dangerous, or somehow interesting. and yet, it is the experiences that i have had over the past few years that i end up talking about most with people i meet.

thoughts of potential adventures are at the front of my mind today because a colleague of mine asked me this morning if i would be interested in working in the middle east because his old boss was harassing him to take a job and he was trying to pawn it off on someone. at the moment, my answer is a vehement no, but it is nice to know that opportunities will always come and it will be up to me to accept them or not.

and, for the moment, i am content right where i am. even if the details are yet to be ironed out and i have no idea what it is that i do at work or when it will ever begin to make sense (or if i even like it), i have no intentions of uprooting and sailing away on a ship like an 19th century woman out to explore the colonies and write books about exotic species of flowers while her governor husband civilizes the natives.

besides, i have spanish classes to take, weddings to attend, a car to drive, two jobs to wrestle, and a shopping habit to fund.

the world better be ready when i do decide to dart off somewhere, because crumbling democracies seem to follow me around the globe!
at 12:54 p.m. 2 comments:

canadian politics promise to become a little more interesting this week, with a potential coalition in the works between the liberals and ndp with a little help from our friends, the bloc quebecois.

i have been following this story and the facebook status updates of friends saying that this is undemocratic and i am not sure that i agree. if, together, more people voted for the liberals and the ndp than the conservative, then wouldn't a combination of them represent more of the electorate than a minority conservative government?

it sounds a bit simplistic and theoretical when i put it like that, but that is my initial thought.

perhaps i would be more miffed if i had voted conservative and supported them, but maybe this is a way to get around the ineffective minority situation that brought us to an election in the first place. at least, if two parties have a formal agreement to get along for a year then maybe parliament can actually get something done. and the netherlands has some sort of magic minority system where the leading party never has a house majority (it is explained in the book Infidel, actually) and they must always make coalitions to form government.

now, if dion has said he is stepping down and the other yahoos are all gearing up for a liberal party leader fight, then i am just not sure that this is going to work at all. but so far, i am liking it.

and thanks to k for the reminder that today is world aids day. last year on this day i was in a small coastal town in kenya, where they had banners up and a little street parade to commemorate the day. i also remember i was lathered in sunscreen and working on my equatorial tan, drinking diet cokes to stave off the 40 degree heat. i could go for a little of that right about now.
at 12:10 p.m. 3 comments:

lite 96 was playing christmas carols this morning! this will surely improve my christmas spirit. i love a good christmas tune.

i'm throwing out the ipod and sticking with dieter's radio for now!
at 8:21 a.m. No comments:

lu
i grew up in canada and spent some time wandering mexico and south africa before settling on pursuing a career in international development. i ended up in the uk to study, in kenya to work, in germany to live, back to my hometown to figure out what i want to be when i grow up, and now i am in liberia for a spell.

some things i know

they know a thing or two

a lot of things