a brand spanking new uk passport arrived at home for me to collect, which excites me incredibly. now i can check those boxes on job applications that ask if i am legally entitled to work in the uk with YES. i am all ready to fill my new passport with stamps, unless of course i am travelling to other eu countries and then i will use my canadian passport so i can still get stamps. i am a passport stamp addict!

and now when people ask me i can say i am canadian AND british. although let's be serious, i will always be more canadian than anything.
at 6:05 a.m. 9 comments:

i never thought it was possible that someone THAT much older than me could be THAT sexy in pants THAT tight with a bum THAT small and a red shirt THAT sequined!

has mick always been able to move like that? or is that something that has improved with age? 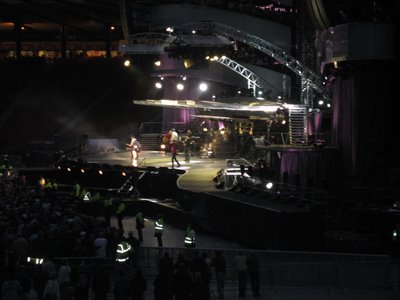 i have been busy, but ultra boring as i do the same thing everyday and all i want to talk about is foreign aid, intervention, human rights law, humanitarian crises, global governance, african sovereignty, NGOs, donor governments, the world bank, the imf, and millennium development goals.

but...i am going to glasglow this weekend to see the rolling stones.

and since i thought it was tuesday all day today, i only have one more day to get excited, but somehow i think i will manage!

an abundance of tumeric

anyone need any bran, raisins, or a cupboard full of spices? i seem to have a lot of these things and cannot make enough muffins to get rid of most of it in the next 4 weeks.

it is coming to that time again, where i have to pick my life up and relocate it somewhere. less than a month left in my little room and since i am so focused on getting my thesis done, i am not even thinking about how i will go about moving my life again. maybe i am subconsciously avoiding it.

i am sick of moving around and yet i think if i were in the same place for too long i would get antsy and bored. then again, i am craving stability and a steady schedule. it seems as though i cannot know where exactly i will be living for a little while yet and where i was entirely certain i was ready to settle myself somewhere, that might not be the case anymore. but while i sit around and wait in the meantime, what do i do with a cupboard full of spices?!
at 5:30 p.m. 3 comments:

i have not had a free minute to reply to any of the emails piling up in my inbox or to post anything on my blog. not sure exactly what i have been doing, well besides attending an english garden party, visiting chatsworth house and the peak district (stunning place, go there and pretend you are a member of the british aristocracy), running, playing football, and writing nearly 13 000 words of my dissertation... but i digress.

the idea that things happen for a reason has always been one i have struggled with and have not entirely believed, but today it seems that things over the past few months have happened for reasons that i am beginning to understand.

in march sometime i got in a tussle with a lecturer about his cancellation of my presentation and his refusal to respond to any emails and i ended up meeting with the head of the programme who said that although she couldn't do anything to rectify the situation at that time, she could assure me that he would not be assigned as my supervisor for my dissertation. as i was annoyed with the programme and the whole arena of academia, i quickly wrote a dissertation proposal that was to deal with canada-us relations in light of the 'global war on terror' and trade disputes.

in this proposal i briefly mentioned the word 'trade' although i am not too keen on studying trade relations and i was assigned to a supervisor who specialises in international political economy, which i think was a bit of a tactic of appeasement since i had to deal with that other jackass and because of that little word 'trade.'

i met with my supervisor and then had to go home unexpectedly, where i decided to change the entire topic of my dissertation back to what i was originally interested in, but which my supervisor was not an 'expert.' i read and i read and then i came back here and started working, spinning around the library like a tornado. i have since seen him a few times, the most recent time being today.

over coffee this morning he told me i should do a phd, he'd like me to do it here, and he would provide a reference for me (and as he has recently taken over as head of the department, this is sort of a big deal). now i suppose i have always thought that it was a faint possibility that i could do a phd, but i never really thought that other people would actually suggest i do it. and just like that, he told me not only does he think i can do it, but that i should do it and that the field of politics needs more female academics like me.

who knows if i actually will devote 3 years of my life to figuring out how to make foreign aid more effective (definitely not this year as i have other things in mind), but none of this would have happened had aforementioned jackass not spontaneously cancelled a presentation, sent me rude emails, and raised his voice enough to make me politely excuse myself to the hallway to cry!

chaos! at the airport

i am so glad that i had not planned to travel today. even on the trains, i would imagine they might have been a bit congested. i understand why they are being extremely vigilant about carry-on bags but i hope by the time i am taking my transatlatic flight they allow laptops, ipods, and water bottles or i will have a very long trip. the two facts about the people arrested that the news talked about here was that they were 'of pakistani origin' and 'british born.' big deals in a country fearful of asylum seekers and homegrown terrorism. i have got to say that the way the british politicians handled it seemed quite respectable. then bush said something like 'we'd like to thank the u-nited kingdom for busting this' or something equally as inarticulate.


things i have learned from the reading i have been doing these past few days...

if the us wanted to stop the crisis in the sudan it easily could, as it is supporting the rebels in the south against the islamic government that once harboured terrorists. but it cannot support the rebels enough to end the conflict because it would upset their other allies in the middle east (like egypt) so instead it contains the conflict as it is and hundreds of thousands of people die. and oxfam is trying to convince you that if you just care enough you can change this.

the make poverty history bracelets are not going to move the world any further away from poverty. i always had a sneaking suspicion but i read a recent journal article that really spelled it out for me and explained it clearly why it is a useless cause. the campaign made people believe that by doing something small and easy like wear a white bracelet they were helping a greater cause. but they weren't. they were supporting a fashion statement, clever marketing, but did not raise enough revenue to actually implement change. and besides, you cannot implement change significant enough to make poverty history without uprooting the entire neoliberal system on which the world economy depends. and for that you need the us government, but you can be sure that the number of white bracelets worn had no influence on what bush did or did not do since the programme's inception. vanessa pupavac (the author of the study) calls it a 'trivial fashion statement masquerading as commitment.' when it is out of fashion to wear a white wristband, there will be very little lasting commitment.

sometimes relief workers in crises purposely damage aid supplies, but this is a good thing. it decreases the market value of an item so as to render it less attractive to thieves. so when the red cross tears a blanket in two and a refugee has to sew it back together, it actually leaves them better off because they might actually get to keep it.
at 3:42 p.m. 2 comments:

to the biggest coronation street super fan in canada...and my uncle, this one is for you! 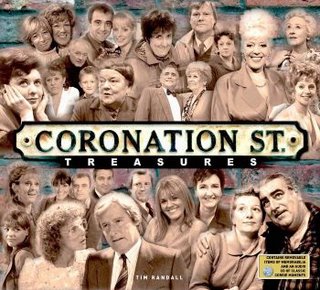 to grandmother's house we go 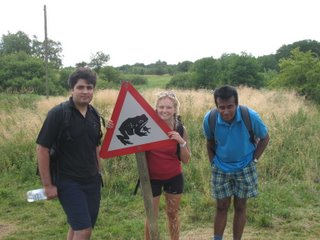 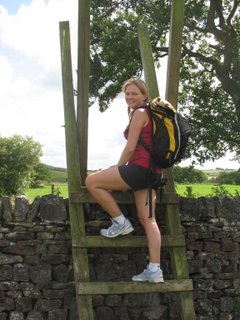 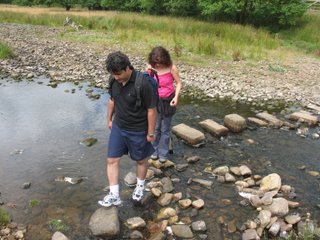 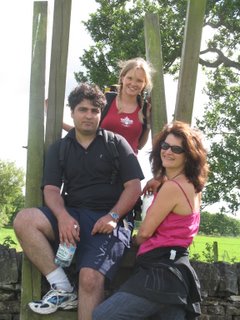 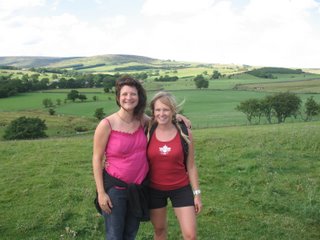 yesterday was my half year birthday, so i can officially say i am 25 and a half years old. i hope the second half of 25 is better than the first. it wasn't awful but it was definitely one of the harder half years i have had. 24 was so great, so easy, so fun, things seemed to be settling and then 25 came along and just threw everything up into the air and the pieces are still landing.

it has been a relatively good year, living in the uk, travelling in europe, learning lots on my ma course, but it has been an extremely hard few months as well. and i am not sure exactly why. there are some pretty obvious reasons, but i am beginning to think that the reasons it is really hard are yet to be realised and someday it will all make sense.

lu
i grew up in canada and spent some time wandering mexico and south africa before settling on pursuing a career in international development. i ended up in the uk to study, in kenya to work, in germany to live, back to my hometown to figure out what i want to be when i grow up, and now i am in liberia for a spell.

some things i know

they know a thing or two

a lot of things